A Workshop Honoring of

The Chair of the Economic Department Sally Wallace congratulated ExCEN’s faculty and staff for the successful presentation of the workshop celebrating the work of John List and Lise Vesterlund held on November 21, 2014. Funded by the various endowmed Chairs of the Economics Department, the workshop facilitated the attendance of over 90 representatives from 46 universities all over the US, 88 of whom were from the experimental economics community.

The evening ended with a cocktail reception where honored guests John List and Lise Vesterlund, AYSPS and visiting faculty and students used the opportunity to network and discuss experimental research in economics. (Images Gallery) 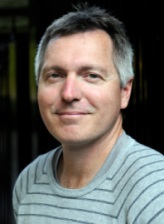 John List is the Homer J. Livingston Professor and Chairman in the Department of Economics at the University of Chicago. He also holds a position as a National Bureau of Economics Research Associate. John has previously served as a Senior Economist on the President’s Council of Economic Advisers (2002-2004). He is also the co-author of the book, The Why Axis: Hidden Motives and the Undiscovered Economics of Everyday Life. John has pioneered field experiments as a methodology for learning about behavioral principles that are shared across different domains. He has published over 150 peer-reviewed research publications, providing insights into charitable giving, public goods provision, and valuation of non-marketed goods and services. John received the 2010 Kenneth Galbraith Award and the 2008 Arrow Prize for Senior Economists for his research in behavioral economics in the field. Overall, data John has collected has provided insights into incentives for education, pricing behavior, discrimination in the marketplace, the valuation of non-marketed goods and services, public goods provision, and importantly, charitable giving.

As the PI of SPI, John leads the team in generating knowledge in the field of philanthropy and bridging the gap between research and practice by forming collaborative partnerships. John’s research on philanthropy has been showcased in various media outlets such as the Wall Street Journal, Chronicle of Philanthropy, and the New York Times. 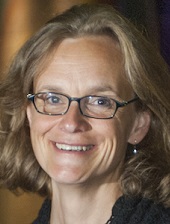 Lise Vesterlund is the Andrew W. Mellon Professor of Economics at the University of Pittsburgh. She is a Danish national and received her Ph.D. from the University of Wisconsin-Madison. Much of her work aims to understand why men continue to be more successful than women in climbing the corporate ladder. Using experimental methods she has documented behavioral differences that can contribute to the persistent vertical gender segregation. She has shown that relative to equally able men, women are more reluctant to enter competitions, less likely to overestimate their relative ability, and more likely to accept or volunteer for non-promotable task assignments. In acknowledging these differences, her work points to the mechanisms that can be put in place to secure that the best qualified candidates are those promoted.

Catherine Eckel is Sarah and John Lindsey Professor in the Liberal Arts at Texas A&M University, and directs the Behavioral Economics and Policy Program. She has held faculty positions at the University of British Columbia, Virginia Tech, and the University of Texas at Dallas, where she was founder and director of the Center for Behavioral and Experimental Economic Science. As an experimental economist, she has participated in interdisciplinary research teams focusing on such topics as charitable giving; cooperation, trust, and risk tolerance in poor, urban settings; diet, exercise and obesity in low-income populations; enhancing preparation for natural disasters among lower-income neighborhoods; and the organization of care provision. Her research is funded by private foundations and the National Science Foundation, and she has been principal investigator or co-principal investigator on more than 20 grants. She is a member of an NSF-funded coordinating network on the development of social observatories (socialobservatories.org), and served for two years as an NSF program director for the economics program. She was co-editor of the Journal of Economic Behavior and Organization (2005-2012). In 2012, she received the Carolyn Shaw Bell Award from the Committee on the Status of Women of the American Economic Association for her work advancing women in economics.

Ragan Petrie has over 10 years of experience using field and lab experiments to study topics such as the private provision of public goods, gender differences in bargaining and discrimination. She received her PhD in Economics from the University of Wisconsin-Madison and is currently an Associate Professor at George Mason University and faculty at the Interdisciplinary Center for Economic Science (ICES) in Arlington, VA. Her research has been published in the American Economic Review, the Journal of Public Economics and Economic Journal.

Dan Houser is an economist and experienced educator. After earning his undergraduate degrees in mathematics and mathematical economics from the University of Wisconsin at Madison, Dr. Houser received his Ph.D. in Economics (Bayesian Econometrics) from the University of Minnesota. Dr. Houser is Professor and Chairman of Economics at George Mason University, where he is also Director of Nobel Laureate Vernon Smith’s Interdisciplinary Center for Economic Science (ICES), a research institution focused on advancing the newest frontiers of Experimental and Behavioral Economics. His research has appeared in leading journals in economics, psychology, political science and general science. Dr. Houser is a member of the Board of Directors of the Experimental Science Association, the Society for Neuroeconomics and the Institute for Immigration Research. He is Co-Editor-in-Chief (with Bernd Weber) of the Journal of Neuroscience, Psychology and Economics, and serves on the editorial boards of several leading academic journals.

Laura Razzolini is Professor of Economics at Virginia Commonwealth University and Editor in chief of the Southern Economic Journal. She received her Ph.D. in Economics from Southern Methodist University in 1994. Her research specializes in public and behavioral economics, and her interests are focused on the effects of cost allocation on the provision of public and shared goods. She has investigated how different contribution and pricing mechanisms affect the provision of a good and congestion on shared goods, such as roads or computer networks. She conducts economic experiments in a laboratory setting to test predictions of the theoretical models. Recently, she has become interested in studying terrorism; in particular the issue of profiling and how terrorist groups and their strategies evolve over time. Her work on cost sharing mechanisms, traffic congestions and terrorism has been funded by the National Science Foundation. Her research has been published in the Journal of Economic Theory, Economic Theory, Public Choice, and Experimental Economics.

Judd Kessler received a B.A. in Economics from Harvard University in 2004, an M.Phil. in Economics from Cambridge University in 2005, and a Ph.D. in Business Economics from Harvard University in 2011. In his research, Judd uses a combination of laboratory and field experiments to investigate the economic and psychological forces that motivate individuals to contribute to public goods inside and outside the workplace. He is particularly interested in how social forces influence public good provision. His current research includes applications to worker effort, organ donation, and charitable giving. His research has appeared in general interest journals including the American Economic Review and Management Science. In 2012, Judd was named one of Forbes Magazine’s “30 under 30” in Law and Policy.

Jonathan Meer is an associate professor of economics at Texas A&M University, where he is also the Private Enterprise Research Center Professor and a Ray A. Rothrock Faculty Fellow. He graduated from Princeton University in 2002 with an A.B. in Economics and a certificate in Applied & Computational Mathematics, and from Stanford University in 2009 with a Ph.D. in Economics. His research centers on charitable giving, using admin¬istrative data, field experiments, and lab experiments to examine the determinants of philanthropy.

Steve Puller is an Associate Professor in the Department of Economics at Texas A&M University, and a research associate with the National Bureau of Economic Research. His primary research field is industrial organization with a focus on energy markets. He has studied wholesale and retail electricity markets and the impacts of regulation on the transportation sector, using both administrative data and field experiments. He has served as a visiting research associate at the University of California Energy Institute and an advisor to the Public Utility Commission of Texas. He earned an AB in Economics from University of Chicago and a Ph.D. from the University of California at Berkeley.

Michael Price is an Associate Professor in the Department of Economics in the Andrew Young School of Policy Studies at Georgia State University and a Research Associate at the National Bureau of Economic Research. His research explores why people engage in philanthropic acts and how non-profits can leverage upfront money to increase fund-raising success. Results from this work have been published in several of the leading journals in economics including the American Economic Review, the Quarterly Journal of Economics, and the Journal of Public Economics. Through his work with SPI, he has lead collaborations with several non-profits including the Environmental Defense Fund, United Way of Greater Atlanta, the UCLA alumni association, and the State of Alaska.

James C. Cox is Noah Langdale Jr. Chair in Economics, Georgia Research Alliance Eminent Scholar, and Director of the Experimental Economics Center at Georgia State University. He has been president of the Economic Science Association and president of the South¬ern Economic Association. His research has been supported by many grants from the Na¬tional Science Foundation, National Institutes of Health and other organizations and has appeared in a variety of international journals. He has published research in many areas of theoretical and applied economics including, most especially, experimental and behav¬ioral economics. His current work includes research on: (a) trust, reciprocity and altruism; (b) public goods and common pool resources; (c) theory and behavior for decision-making under risk; and (d) decision-making in healthcare.